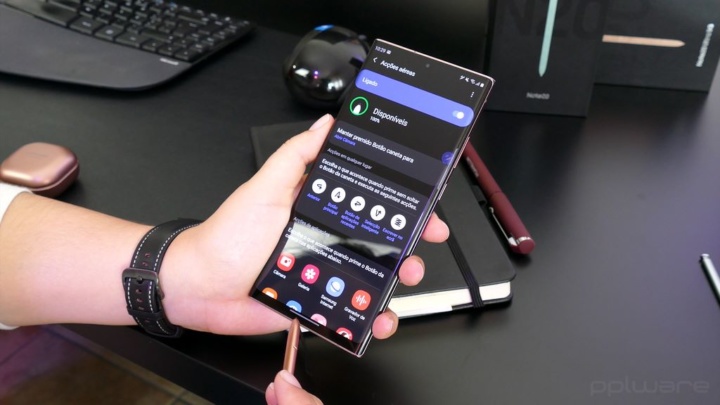 With so much on offer in the Android ecosystem, users can easily find the perfect smartphone for their needs. These offer many different specifications and even unique features.

Thus, everyone has an Android smartphone that satisfies them the most, out of the long list of proposals. Antutu has now collected information and has the list of the most suitable equipment, referring to 2022. The list is diverse and the leader of this list will certainly surprise you.

The most recent of Antutu's lists evaluated the opinion of users and elected the list of Android devices that most satisfy users. It puts any smartphone that stands out and that has been presented face to face.

This list has, as you can see, some interesting highlights, starting with the smartphone at the top. Here we have the well-known and outstanding Samsung Galaxy Note20 Ultra 5G, a device from 2020 that is still showing up, even after being discontinued. 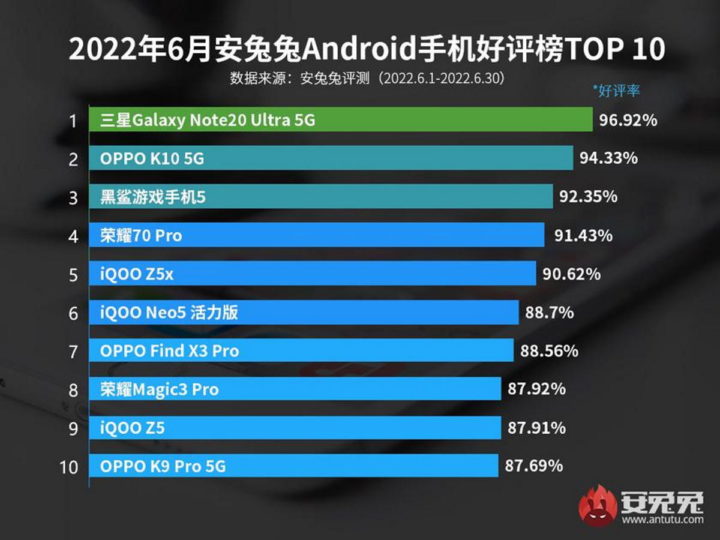 With 96.92% positive reviews, the Samsung smartphone takes this prominent place. It is followed by the OPPO K10 5G, which was launched just a few months ago in April. Even with the K series not being part of the main product line, this model has 94.33% positive reviews.

The list goes on with several well-known models that show how the Android universe manages to satisfy its users in various areas. With several different configurations, they also have varying price ratios and adjusted to various levels.

Stay so clear that the latest models are not always the most interesting and imposing. Sometimes a smartphone that is a few years old still manages to satisfy users with everything it offers, as can be seen with the Samsung Galaxy Note20 Ultra 5G.