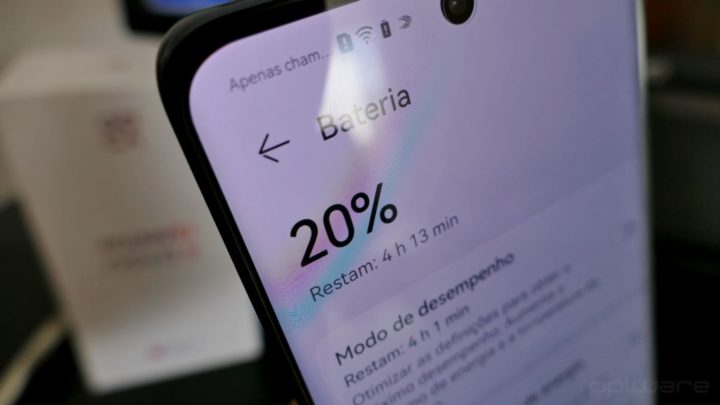 With each new smartphone launched, brands are betting on creating new technologies, including those that focus on charging batteries. These receive energy faster and faster, which reduces the time spent charging.

All promise to be the fastest, without there being a real comparison that demonstrates which is really the fastest. Antutu has now brought a very interesting comparison and revealed which Android smartphones charge faster.

What will be the fastest smartphones

One of the most used elements to promote new smartphones is charging time. Each brand seeks to be the fastest and at the same time guarantee a longer and trouble-free battery life over time.

The Antutu comparison, revealed now by this reference entity, compared the time that each smartphone takes to charge. Starting from 5%, the time it took until the maximum load was reached was measured, always with the exploration of maximum capacities.

The list presented puts the recently launched iQOO 10 Pro first, which has a battery with a capacity of 4,700 mAh and support for fast charging of 200W. In second place was the iQOO 9 Pro, which uses the same battery as its successor, but offers only 120W charging. 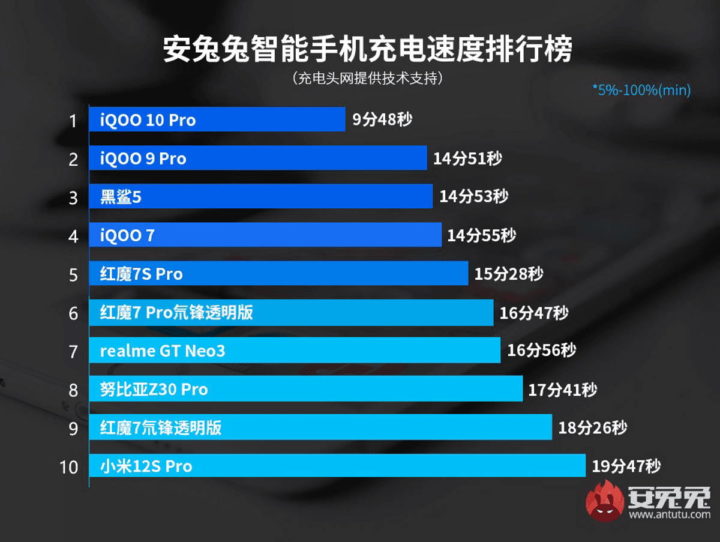 The list continues with other smartphones from other brands such as Nubia, realme and Xiaomi. They all have loading times that are under 15 minutes, a time that is manifestly reduced and extremely fast.

The battery of these devices is ready

As can be seen from the list above, the difference between the first and the last Android smartphone is only 10 minutes. This difference is very low, which leaves the Xiaomi 12S Pro at a level that becomes close to the iQOO 10 Pro.

These are times that are very far from the values ​​that until recently were considered normal. The technology that brands put into these smartphones is safe and has evolved very quickly over the past few years.