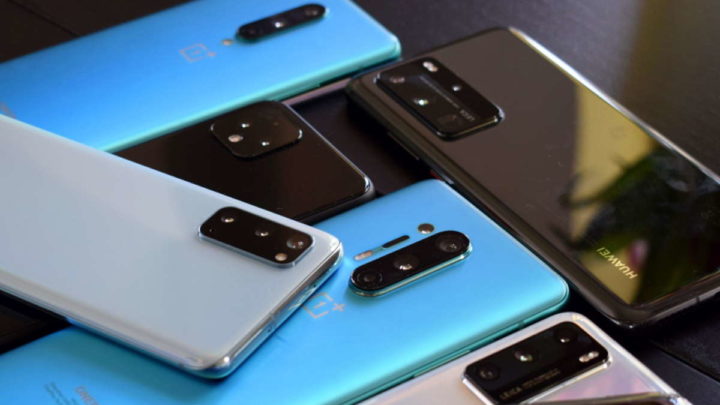 As equipment that we use constantly, smartphones need to be controlled. There are several factors that we have to take into account, but one of the most important is the radiation they emit.

A new assessment has brought this topic back to the forefront of conversations. Find out which smartphones emit the most radiation and therefore should be used with some extra care by users.

Although it has not been proven that there are problems associated with the constant use of smartphones, it is important to be careful in this field. These are active sources of radiation emissions and should therefore be monitored.

The subject is not new and has resulted in some controversy, almost always without a logical conclusion. Now with a new reviewit became clear that Google Pixel and Sony Xperia smartphones are some of the worst radiation emitters.

The top 10 on this list clearly shows which smartphones emit the most radiation. The winner, for the worst reasons, is the Motorola Edge, it has a measured SAR record of 1.79 W/Kg. It was ahead with 0.20 W/Kg more than the runner-up, the Axon 11 5G. Rounding out the Top 3 is the OnePlus 6T, which had a SAR rating of 1.55. 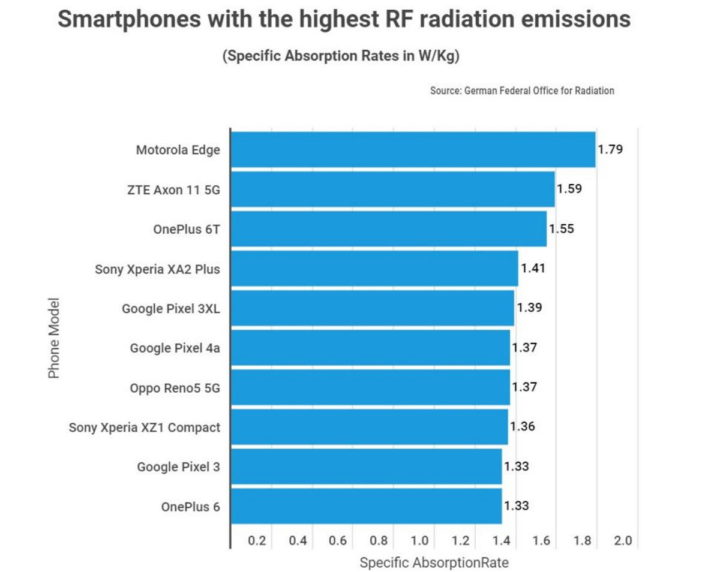 Sony also stands out, with 2 smartphones present in the top ten list. Here we have the Xperia XA2 plus and the Xperia XZ1 Compact. The former ranks fourth with an SAR of 1.41 and the latter ranks eighth on the list with emissions of 1.36 W/Kg.

Google is also represented, with three of the top ten issuers. The Pixel 3XL and the Pixel 3a XL variant took fifth place with an SAR of 1.39 and the Pixel 4a had a score of 1.37. The Pixel 3, similar to the OnePlus 6, took the ninth position at 1.33W/kg. Oppo has only 1 smartphone, The Oppo Reno5 5G, with the same value as the Pixel 4A.

The assessment focused on the specific absorption rates (SAR) of the different phones. SAR measures the rate at which the human body absorbs radio frequency electromagnetic field (RF-EMF) waves. Results are shown in watts per kilogram (W/Kg).