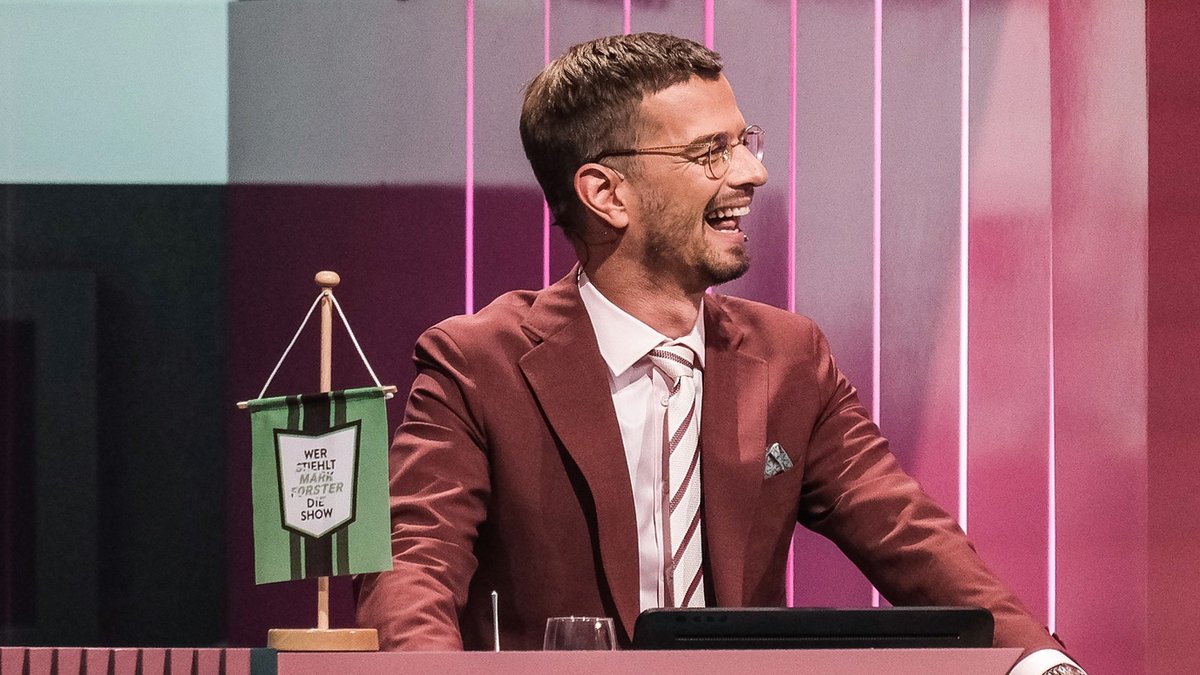 The question was answered immediately in the opening episode of the new season of “Who steals the show from me?” (Always Tuesday, 8:15 pm, ProSieben): Mark Forster (39) stole his ProSieben show from Joko Winterscheidt (42). The singer used the time he had gained as the showmaster of the second episode to go to the studio with a real football atmosphere, along with the “You’ll Never Walk Alone” anthem and DFB Cup. He also hired veteran commentator Tom Bartels (56) to describe the hustle and bustle in the studio.

At the beginning he saw a surprising amount of teamwork from the opponents Winterscheidt, Riccardo Simonetti (28), Anke Engelke (56) and wildcard winner Marie (31). The four of them kept giving each other tips, so they were hot on each other’s heels, especially at the beginning. At the end of the first lap, however, Joko was still ambitious, much to the chagrin of Wildcard-Marie – she had to give up the sails as the first participant.

Shortly afterwards, Simonetti got caught before an exciting exchange of blows developed between Winterscheidt and Engelke. But the better end was shined for the rightful owner of the show – and so it came to the same duel as the week before, only with reversed signs.

However, it was not a close race this time. Despite difficult conditions as a challenger, Joko Winterscheidt won by three points over Mark Forster and thus stole his show back with ease. In the upcoming edition on January 18, Forster will be seen again as a candidate and Winterscheidt as the moderator.