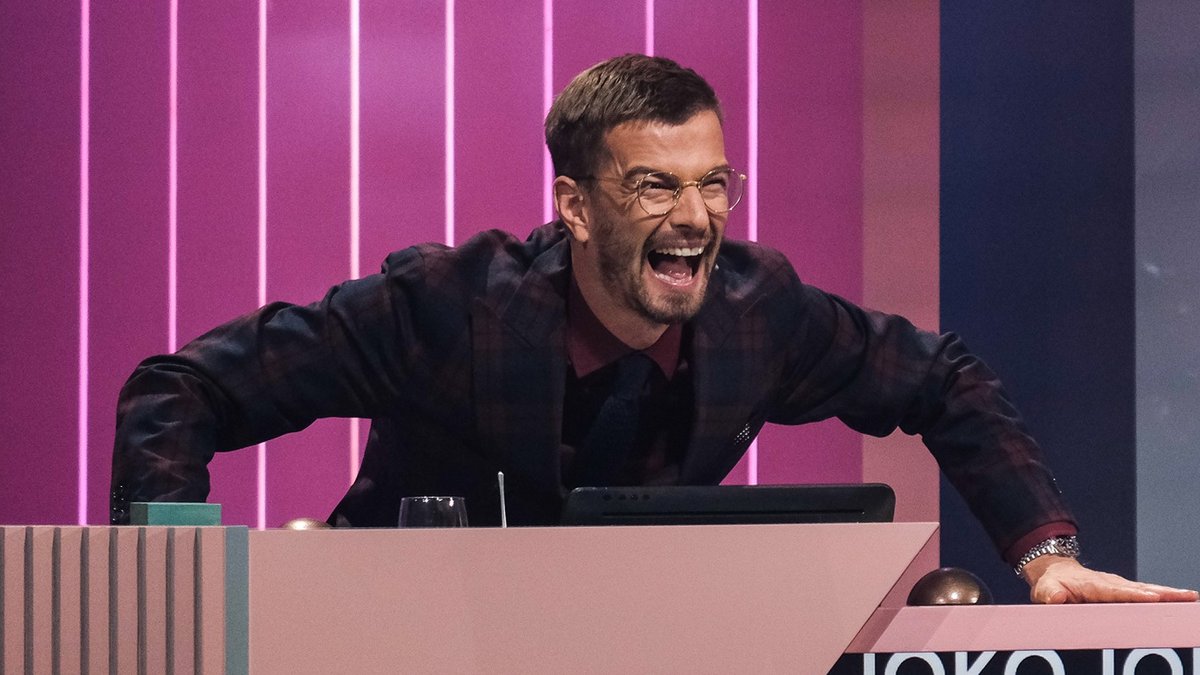 After Joko Winterscheidt (43) lost his own format to Anke Engelke (56) the previous week, the moderator was able to regain his job on January 25th. Engelke previously led through a charming evening full of allusions to the Eurovision Song Contest (ESC) in “Who steals the show from me?”.

Contents
“That With The Dragons”(wue/spot)

After an opening song in which she kidded the celebrity candidates and in which she received support from ESC winner Conchita Wurst (33), the viewers did not see any singing duels, but different quiz categories as usual. Singer Mark Forster (39), however, stated that Engelke’s performance was probably the best he had seen in the format so far – and entertainer Riccardo Simonetti (28) and wildcard candidate Steffen from Hanover were also enthusiastic.

Engelke then switched several times to different countries for “points awarded” in order to summarize the current status of the candidates’ scores – and of course a “Eurowissen Song Contest” could not be missing. Mark Forster was the first participant to leave the format, followed by Simonetti. For the last game before the final against Engelke, Winterscheidt had developed such a large lead that he no longer had to play against wildcard candidate Steffen after his round.

“That With The Dragons”

As usual, presenter Katrin Bauerfeind (39) asked the two questions from a wide variety of fields in the final round. The challenger was able to take the lead right from the start. Winterscheidt knew that the hit series “Game of Thrones” was based on the “A Song of Ice and Fire” novel series. Although Engelke was basically correct with her answer “That with the dragons”, the title of the series was what was wanted.

After Engelke was able to catch up and the score was 3:3 in the meantime, the presenter finally managed to get the show back quite confidently with a 5:3. For example, while he naturally knew who was riding Battle Cat (answer: “He-Man”), the comedian answered “Joko”.

“It was the most insane thing this show has ever seen,” Winterscheidt finally praised the 56-year-old – and had to perform a winning song. But Engelke got into it: “Joko knows everything, he wins the show back. […] I like you so much, I’ll give you your show back.” In the upcoming episode of “Who steals the show from me?” Joko Winterscheidt has to do the moderator job again on February 1 from 8:15 p.m. on ProSieben against Engelke, Forster, Simonetti and a wild card candidate defend.