Microsoft released this week the Windows 11 build 22526 for Windows Insider Program participants who have chosen the distribution channel Dev. This is the first build released in 2022 and has few new features, being mainly focused on bug fixes.

According to Microsoft’s announcement, one of the new features in this build is that it now adds more file locations to the indexing options, which should improve the operating system search experience using File Explorer – basically the search should get more fast. The company says that at the moment this is an “experiment” and therefore not all users will see the change.

Another new feature, which is currently available only for a limited number of participants of the Windows Insider Program with build 22526, is that the keyboard shortcut Alt + Tab now displays the items in a window instead of full screen as shown in the image below: 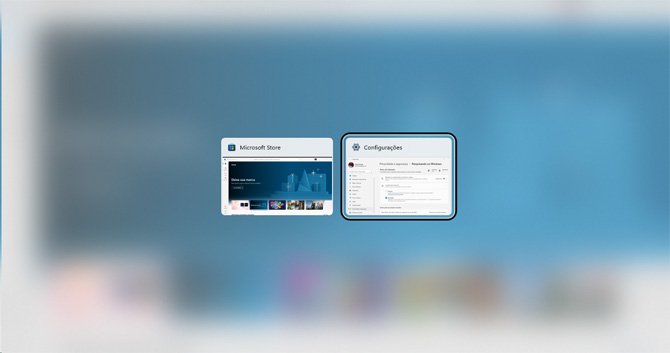 For users in corporate environments using Windows 11 Enterprise (E3 and E5), the Credential Guard security feature is now enabled by default. This feature uses virtualization-based security to protect sensitive information such as certain types of login credentials. Technical information about this is available. here for administrators and IT professionals.

Finally, another new feature in Windows 11 build 22526 is support for “wideband speech” when devices such as Apple AirPods, AirPods Pro or AirPods Max headphones are used. Support for wideband speech in this case helps to improve the audio quality in voice calls.

In addition to the news mentioned above, build 22526 of Windows 11 brings fixes for several bugs. The list of fixed bugs includes one that crashes the process. explorer.exe when the user uses the search from the File Explorer (after the crash the search stops working correctly), one which causes the file icon to be displayed with the wrong resolution in the search results if the display scale has been set to 100%, one that causes the Widgets panel to display at an incorrect resolution on systems with more than one monitor, and one that causes the error KMODE_EXCEPTION_NOT_HANDLED when remote desktop users attempt to shut down or restart the computer. The complete list of all bugs fixed can be seen in the post with the Microsoft announcement.

The list of known issues includes one that causes the Settings application to crash when the user tries to access the HDR options, one that causes the process to crash explorer.exe when the user right-clicks the date and time display area in the taskbar on systems with more than one monitor, one which makes the Wi-Fi network signal strength indicator in the list of networks wireless is different from the correct value and one that causes problems with recognizing certain punctuation marks and symbols such as @.