One of the latest innovations in Windows 11 was the arrival of tabs in File Explorer. This was expected for a long time and is now finally in testing, albeit limited and only accessible to a few.

Something that was not expected was that the tabs would bring an improvement to Windows 11. This novelty ended up making Microsoft’s system better and with resource consumption that was visibly reduced.

It has long been expected that Microsoft would bring back the tabs to Windows 11's File Explorer. The software giant had already tested this new feature, but ended up not developing and making it available fully and completely openly.

That moment happened now, in one of the latest builds of Microsoft's Insiders program, but it's still limited to a lot of users. It is possible to have this novelty for those who are in this program, using a simple tool, as we have shown before.

What now was discovered is that the File Explorer tabs manage to improve the resource consumption of Windows 11. Tests carried out revealed that each new tab consumes only a few megabytes of RAM, accumulating to a maximum of 1MB. 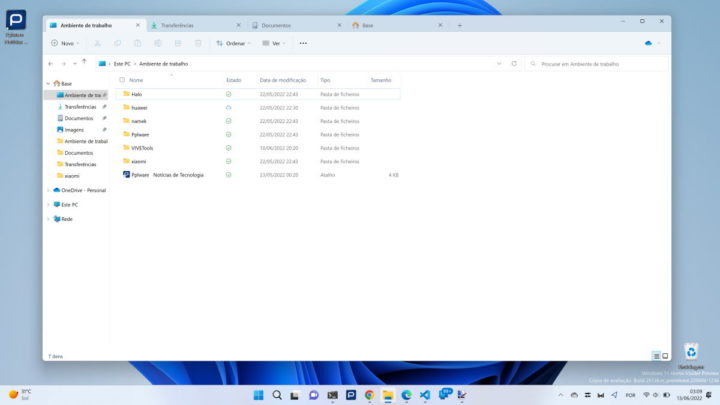 Until now, and as can still be seen, only using several File Explorer windows was it possible to have this functionality in Windows 11 and other versions. This was later reflected in much higher consumption of RAM, something that could lead to very high values.

Microsoft will bring this news to everyone

The reason for this change is not yet known, but it should be associated with the use of the File Explorer and just launching new parts of it with the tabs. Thus, the greatest consumption is in this main element, the others being much lighter and with much lower consumption.

Microsoft is expected to release this new feature at the end of the year, with the Windows 11 22H2 update. Until then, Microsoft should further optimize these elements and improve what it offers with the File Explorer tabs.