With the release of Windows 11, Microsoft has been working to update visual elements and various areas of the operating system, such as the Settings app and File Explorer. Now new information indicates that the company is also working on a new design for the Task Manager.

The current Task Manager in Windows 11 is not very different from the Task Manager present in the latest version of Windows, but engineering student Gustave Monce, who had already managed to run Windows 11 on a smartphone, discovered a preliminary version of the new Task Manager which is still under development at Microsoft.

As you can see in the screenshot, the preliminary version of the new Task Manager includes elements of Microsoft’s Fluent design language, but as it’s still under development not everything works correctly and it still appears to be fine. incomplete. You can see the same tabs Processes, Performance, Application History, Applications launched with Windows, Users, Details, and Services: 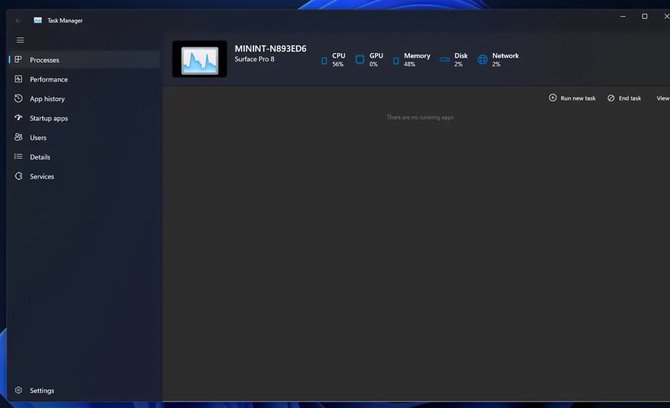 The preliminary version of the new Task Manager was found in the latest build of Windows 11 made available to Windows Insider Program participants, but it has not yet been officially announced by Microsoft. “This is a hidden feature in the new build”, said Monce. “But nothing works on him”.

The new Task Manager is clearly in the early stages of development and appears to be a bit simpler compared to the current one. It is not yet known exactly when it will be officially presented by Microsoft, but other applications with updated designs such as Notepad, and the new media Player are now available for more users.