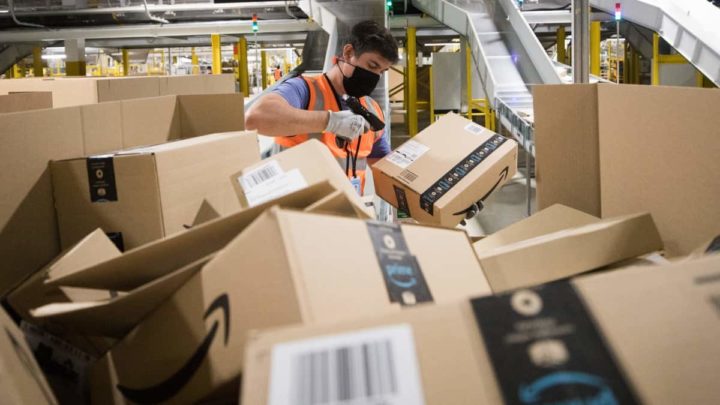 The working and salary conditions of Amazon workers have been questioned for several years and with the pandemic and the increase in online shopping they have worsened. The company’s labor unions have been clamoring for more rights and now a demand for a pay raise has led to more than 700 workers on strike at a UK warehouse.

More than 700 workers at an Amazon warehouse in England took to the streets this week to fight for a pay rise, according to Reuters.

Amazon did not agree to the £2 an hour pay raise requested by the union representing employees, offering a raise of just £0.35 (about 40 cents). The GMB - the union representing workers at the Tillbury facility (a suburb of Essex, in eastern England) - said workers walked out in protest on Wednesday and Thursday.

Amazon is one of the most profitable companies on the planet. With housing costs on the rise, the least they can do is offer a decent salary.

Shortly after Amazon's announcement with the revelation that it would not respond to the demand for a wage increase demanded by unions, workers began their protests. The company promptly responded by closing the facility's catering area and threatening workers with dismissal if they left the facility.

GMB has been fighting for better pay and better health standards for workers at Amazon's UK warehouses since 2013, even calling for a parliamentary inquiry into the company's labor practices. Amazon does not recognize the GMB union in Tillbury or indeed any other union in any warehouse.

In Rugeley, another Amazon warehouse in the UK, dozens of workers took to the street yesterday in protest over a payment dispute.

Amazon Rugeley announced a £0.50 an hour pay increase, citing the average local pay rate. The news was not well accepted by the workers and more than 100 people left in protest, which affected many orders from customers.

Revealed an anonymous worker to the The Birmingham Mail.

Amazon presented its results for the second quarter that revealed revenues much lower than expected, which will lead to an increase of almost 40% in the price of the Amazon Prime service. In addition, it is important to remember that this is one of the richest companies in the world and that, according to this year's data, it is one of the most dangerous to work for.