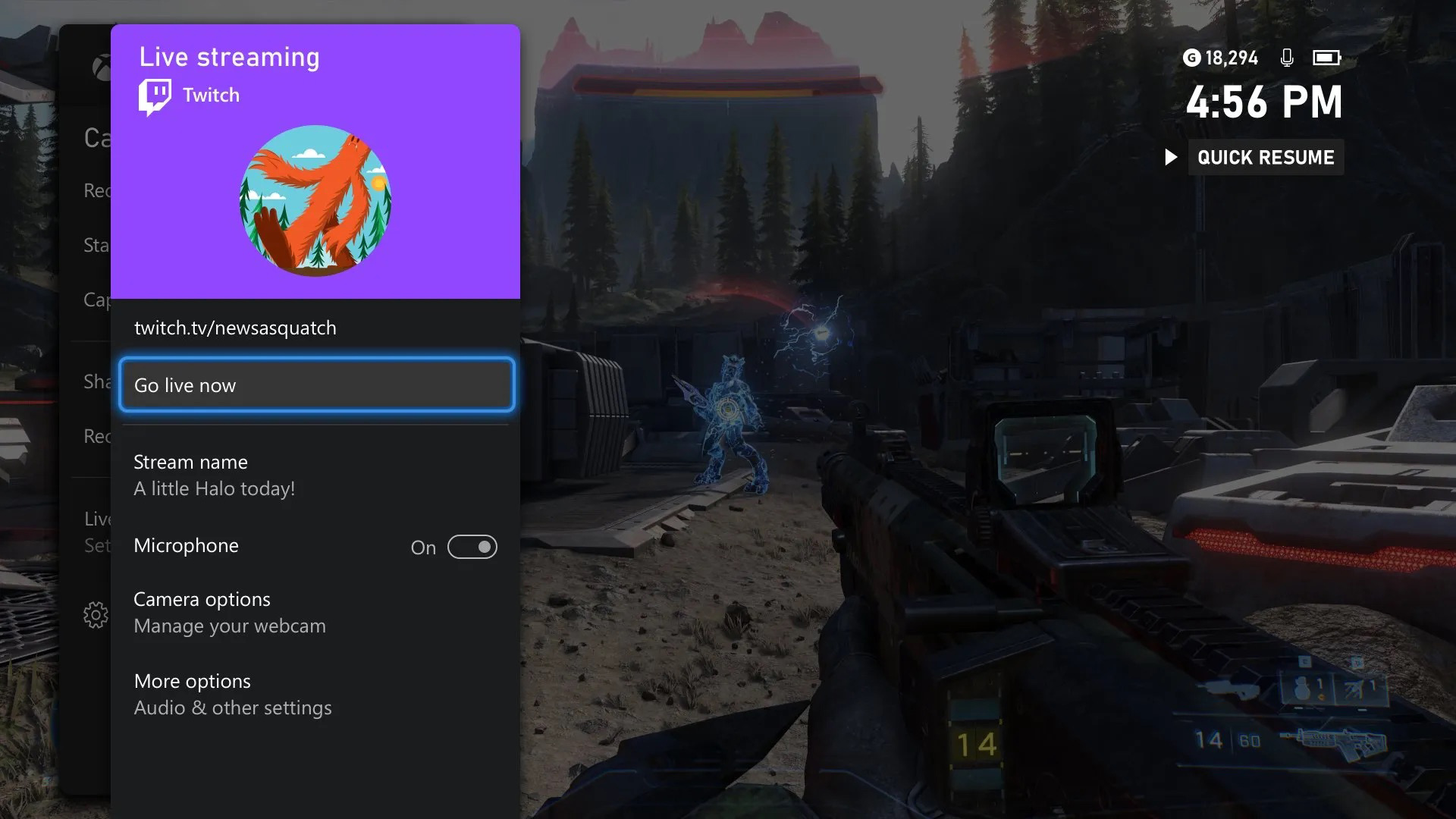 Microsoft is delivering on its promise to improve Twitch live streaming on Xbox consoles. Starting today, Xbox Series X/S and Xbox One owners can stream on Twitch directly from the System Guide. After linking your Twitch account, simply choose the “go live now” option to start streaming. You also have access to some streamer-compatible options, including bitrate, resolution, title, and separate audio levels for your game and microphone.

The integration is smart enough to automatically pause your feed and change show titles if you switch games, and you can decide whether or not you want viewers to hear your party chat. Your Xbox friends can also choose to receive alerts when you go live on Twitch.

That kind of connection wasn’t surprising. Microsoft shut down Mixer nearly two years ago, leaving Xbox users without a truly integrated live streaming option. The Twitch app filled that gap, but required significantly more steps to launch. This makes streaming on an Xbox more viable and could help Microsoft compete against Sony’s relatively strong Twitch support on the PS4 and PS5.