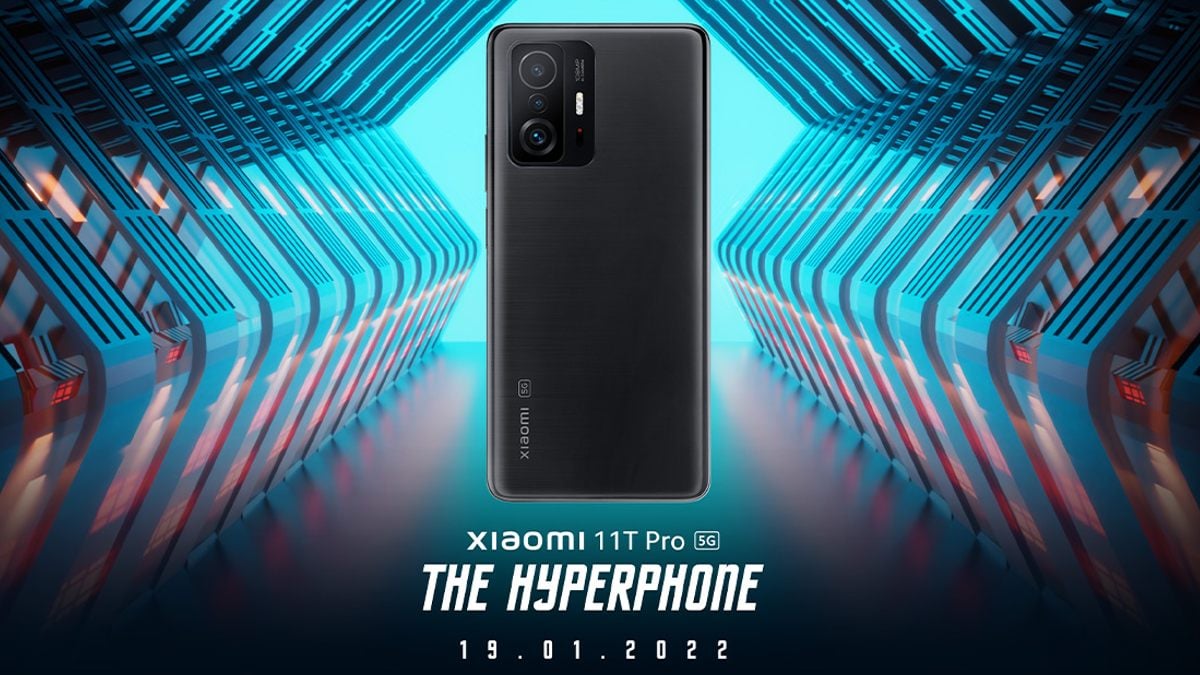 Xiaomi 11T Pro storage variants and a key specification were announced ahead of the January 19 launch in India. The upcoming smartphone will have three RAM+ storage variants at launch. The Xiaomi 11T Pro is also meant to pack stereo speakers tuned by a renowned audio equipment manufacturer. The Xiaomi 11T Pro is touted as “HyperPhone” by the Chinese tech giant and will be powered by the Qualcomm Snapdragon 888 5G SoC. It will also get a 10-bit AMOLED display with a 120Hz refresh rate, as shared on its microsite.

According to a dedicated microsite on Amazon, the Xiaomi 11T Pro will have a 10-bit AMOLED display with a 120Hz refresh rate. Under the hood, it will receive a Qualcomm Snapdragon 888 5G SoC. The microsite also mentions that the upcoming smartphone will have Xiaomi HyperCharge 120W fast charging support, which can fully charge the battery in 17 minutes.

All the mentioned specs are the same as the European version of the Xiaomi 11T Pro. Going by this, the upcoming Xiaomi smartphone will have a triple rear camera setup, consisting of a 108-megapixel primary sensor, an 8-megapixel ultra-wide sensor and a telephoto sensor. On the front, it will have a 16-megapixel selfie camera. Connectivity options include 5G, Wi-Fi 6, Bluetooth v5.2, GPS/A-GPS, NFC, IR blaster and a USB Type-C port. The Xiaomi 11T Pro measures 164.1×76.9×8.8mm and weighs 204 grams.