THE Xiaomi already launched the series Xiaomi 12 with three devices, being the Xiaomi 12, 12 Pro it’s the 12X, the latter being an entry-level version of the line, but now the company intends to expand this family even further. That’s because rumors claim that the company is developing the 12 Litewhich should be a little larger in size than the base version of the series.

According to information from the company’s own sources, this new device has been internally called ‘L9 taoyao’ and will have hardware almost equal to the Xiaomi CIVI. The portal XiaoMIUI shared some data about the device, which should come with a 6.55 inch OLED screens, which makes it slightly taller than the base model in the series.

Visually speaking, the Xiaomi 12 and 12 Lite do not present major changes, but the new version, in addition to being bigger, comes with a single noticeable change in the display: it occupies a larger area of ​​the front and has curved edges. However, that different display might just be in this leaked image, with the official model coming with a flat screen. 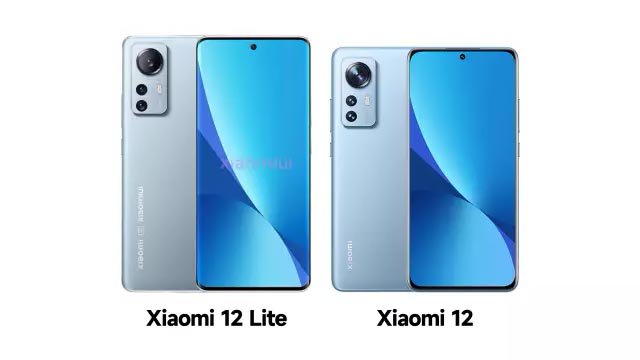 On the front of the model there should also be the fingerprint readerwhich will be embedded in the screen and has technology developed by Goodix. The smartphone panel must have a 1080×2400p resolutionwith one 120Hz refresh rate and FOD support.

Internally the new 12 Lite must have a processor Qualcomm Snapdragon 7xxwith rumors pointing out that it will be the Snapdragon 778G+, which has support for 5G networks. The device’s camera must have a main sensor Samsung ISOCELL GW3 of 64MPalong with it the device will have an ultra-wide and macro lens along with the rear camera system.

As mentioned earlier, the new Xiaomi 12 Lite has very similar requirements to Xiaomi CIVI, so it is possible that it will be launched in the same price range, which was approximately R$2,150 for the cheapest model and R$2,600 for the most complete version. According to the leak, the version Lite should be marketed globally.