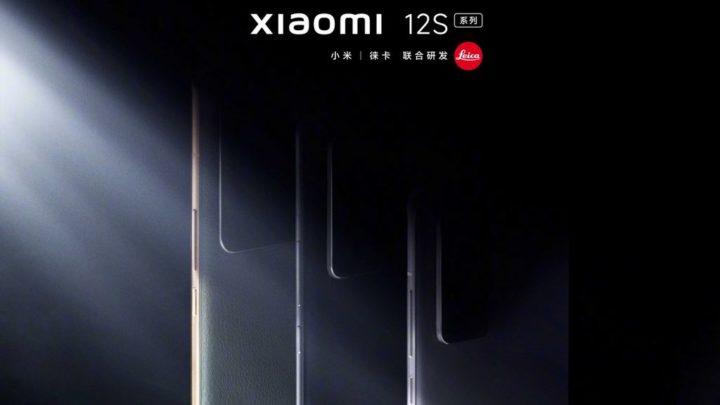 Sony plays an important role in the development of smartphone cameras, equipping with its sensors many of the ones we use daily and that we don’t even know about. When it launched the Sony Xperia Pro-I, it equipped it with a 1″ sensor, the same one that had already been used in the RX100 VII compact camera. For Xiaomi something completely new should appear.

A new line of smartphones will be introduced on July 4th and one of them will come with a new sensor from Sony called the IMX989. But there will be more news.

Xiaomi will introduce the 12S series on July 4th and already confirmed which will be a trio of smartphones. There will be a base model Xiaomi 12S, a Xiaomi 12S Pro and a powerful Xiaomi 12S Ultra.

It was also indicated that the latter will have a completely new 1” camera sensor from Sony, called the IMX989. This sensor, in this smartphone, may, however, never reach our hands. Rumors indicate that Xiaomi will have this exclusive line for the Chinese market. Still, with the usual rebrandings, no possibility is excluded. 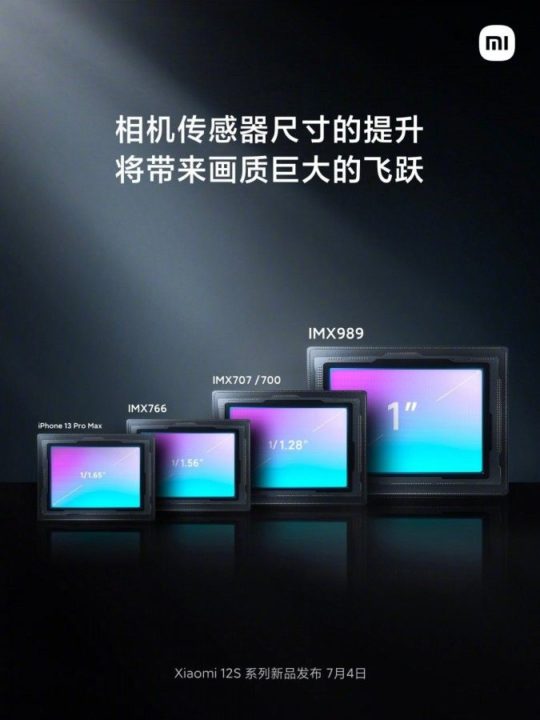 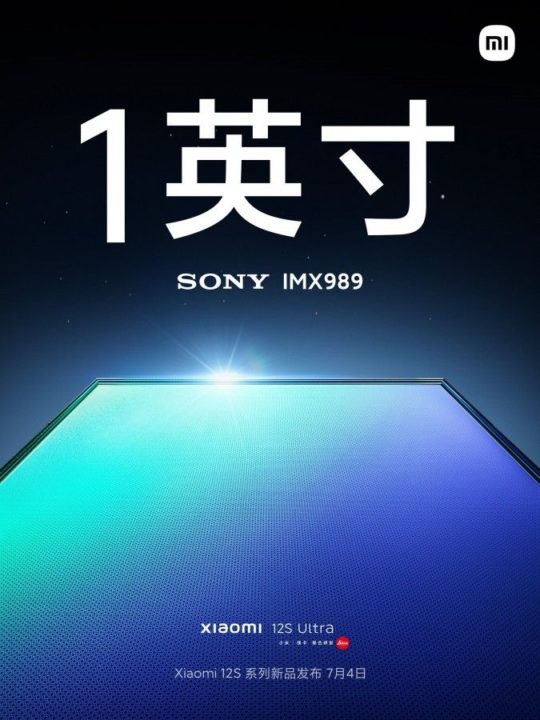 This will be a sensor similar to what Sony has already put in its Sony Xperia Pro-I, but with improvements. However, the details of the sensor's construction were not revealed.

Some known specs of the Xiaomi 12S series

These are also the first smartphones to reveal the work between Xiaomi and Leica in terms of cameras and photographic features.

On the JD.com sales page, smartphones are already listed and in the pre-booking phase, with more than 200,000 reservations, which seems to herald another great success for the Chinese manufacturer. 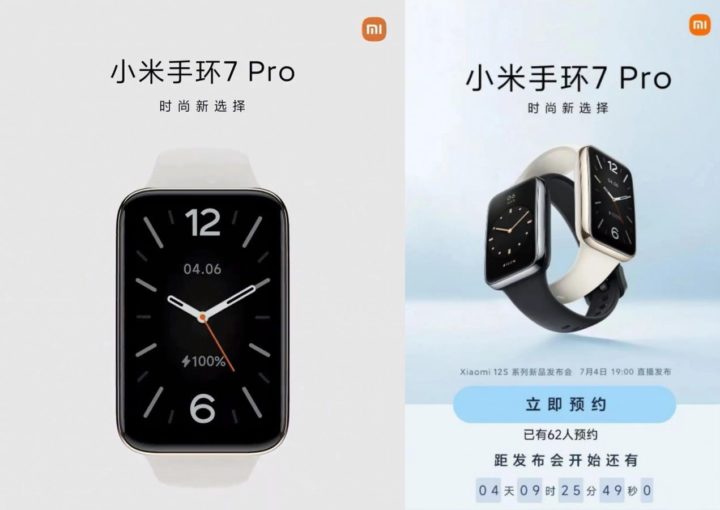 On the day of the event, on July 4, a new watch dubbed the Xiaomi Band 7 Pro will also be announced, with a wider screen than a usual Mi Band. The Xiaomi Book Pro 2022 will also be unveiled with a 14" OLED screen and 4K resolution.