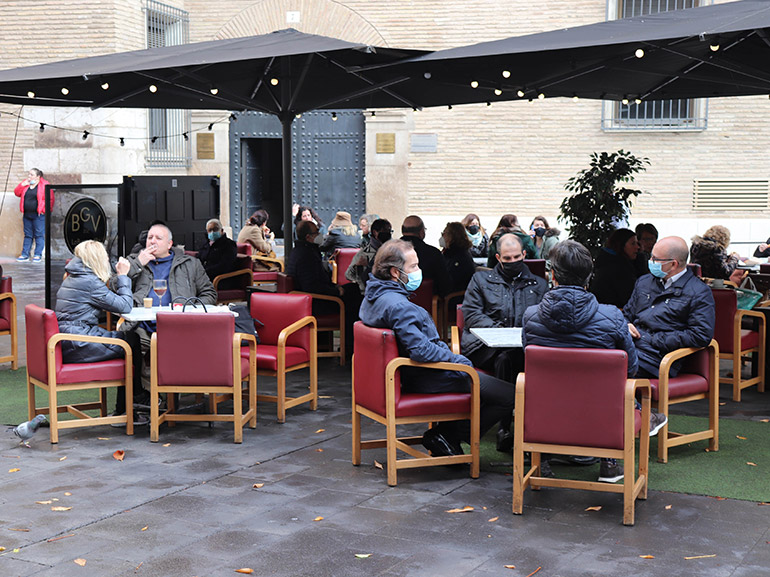 The Government of Zaragoza has approved the agreement of 3.4 million euros in direct aid to the hospitality industry. Of course, from the City Council they have put conditions on the Government of Aragon, which must accept so that this money is incorporated into the 50 million fund that the DGA provides for this type of aid.

The municipal head of the Economy, Carmen Herrarte, explained that the agreement approved today incorporates two clauses that the Government of Aragon must comply with. Among these, it stands out that the money subsidized by the City Council will only go to companies whose activity is carried out in the municipality of Zaragoza and not to other localities.

And the other condition, that in case of part of these aid, the DGA will have to reimburse that money to the City Council. Herrarte ensures that the moment the Government of Aragon signs this agreement, the City Council will make the transfer so that there are no more delays.

Herrarte has asked that there be no more restrictions on the hospitality industry or businessmen. And that they bet on campaigning for those who have not yet been vaccinated and massive tests. He has also insisted that it is necessary to regulate air quality in closed establishments, instead of limiting capacity.

“The pandemic began in March 2020, aid from the Government of Aragon was proposed in March of this year, and we are in December 2021 and our businessmen have not collected,” said the counselor.

The Government of Zaragoza has also approved in the meeting this Thursday the project of works of the new pavilion in Garrapinillos in which 1,190,407 euros will be invested. The new equipment will serve to host cultural and social activities for the residents of this rural neighborhood. The execution period is ten months once the works begin and must be completed before December 2023.

The plot where the equipment will be built is located next to the Garrapinillos sports facilities, on Avenida de la Jota. The project contemplates raising an independent building, which will be accessed through two independent doors, from La Jota avenue itself and from one side.

The interior will have a multipurpose room measuring 418 square meters with a stage, a 21.50-meter warehouse, dressing rooms, toilets, warehouse and a cafeteria, as well as other facilities rooms.