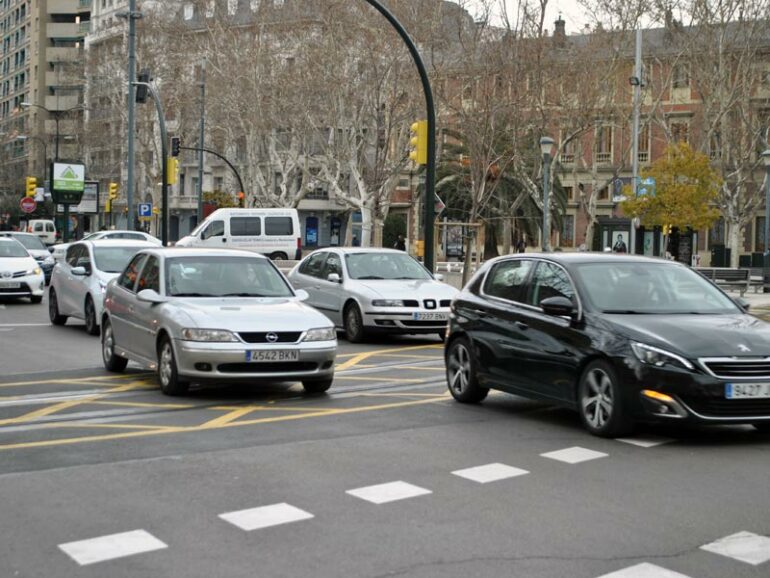 It is still unknown how many square meters the low-emission zone of Zaragoza will have, or if it will go beyond the Old Town and delimit part of the Downtown district. Although the project has not been defined, the Zaragoza City Council has begun work today to regulate the implementation of these areas with restricted traffic, which will have to begin to be applied in 2023 by law.

The implementation of this low-emission zone, which will veto the circulation of the most polluting vehicles, will be done gradually so that citizens can adapt. There will also be a “long information period” before the sanctions for offenders begin, explained the head of Public Services, Natalia Chueca.

In his opinion, it will mean a change in the mobility system that will improve traffic and the health of the inhabitants. In addition, he stressed that the Aragonese capital has a “very good starting situation”, given that air quality complies with all the indicators set by current legislation.

Meeting with 32 entities and the DGT

From the government team, made up of the Popular Party and Citizens, they want the process to start working in this low-emission zone to be participatory. For this reason, representatives of the Government of Zaragoza have met this Thursday with some 32 social entities and neighborhood groups of the city to listen and to analyze the municipal plans in this matter. Among them, members of the General Directorate of Traffic have been present both at the national and provincial level, who have explained examples from other cities where they have already been implemented.

“We want the process to be very transparent and we have summoned them both to inform them and to listen to them,” said Chueca, who added that the project will be regulated in a new ordinance and will follow the recommendations given by the Government of Spain and the Spanish Federation. of Municipalities and Provinces.

Chueca has insisted that he wants everyone to understand from the beginning what are the requirements that are going to be established and how this area is going to be integrated into the city as a whole.

“It is not an area where vehicles cannot enter, it is an area where only vehicles allowed with low emissions can enter. Those that are without labeling and that are vehicles with an age of more than 20 years will be excluded ”, he explained.

Regarding the areas that will be delimited, Chueca has ensured that these are project data that are still undefined and that, therefore, it will listen to the entities and groups to finish specifying it in the future.