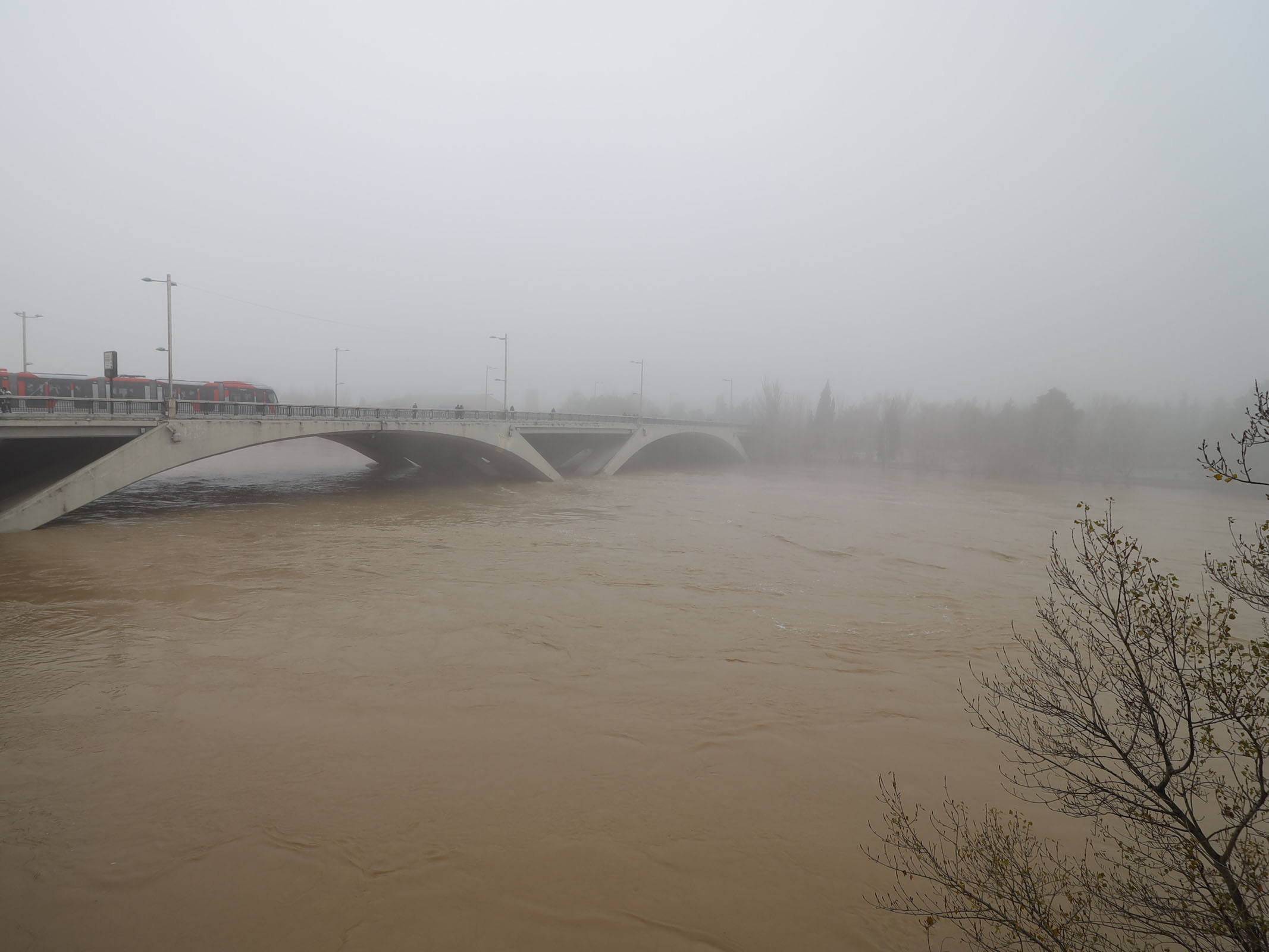 The Zaragoza City Council, after a meeting with firefighters, predicts that the flood that the Aragonese capital is experiencing will be worse than the one that occurred in 2015. With an estimate of between 2,200 and 2,500 cubic meters and around a height of six meters, the mayor of the Consistory, Jorge Azcón, has recognized that the forecasts have worsened “significantly” and that different damages and damages will be produced. Among the measures that are being taken, both the Ebro Sports Park and the Water Park have been asked to cut their accesses and cease their activities from this afternoon. At the Expo, they are also in contact with the Vitalia residence to offer any collaboration that may be necessary.

Likewise, the entrances to the banks of the Ebro are being marked out in areas such as Helios, Macanaz, the Red Cross Park, the Aura restaurant or the lower part of Vadorrey. In addition, Azcón trusts that the Government of Aragon will suspend classes at the Jerónimo Zurita public school this week, since its patio will be flooded in the next few hours. Thus, municipal services are working 24 hours in advance to anticipate and minimize the effects that water may cause in the urban area of ​​Zaragoza and in rural neighborhoods.

Precisely one of the most affected neighborhoods is Alfocea, where the treatment plant is flooding with up to 1,800 cubic meters per second. The road that connects with Monzalbarba, overflowed by water, has been cut off to traffic. This section, usually affected by extraordinary floods, is being marked out by the Army Pontoneros Unit so that, in an emergency, it could be used by off-road vehicles.

Despite the fact that the flow is lower than that reached in 2015, the damages are being greater. And it is that six years ago it reached 2,400 cubic meters per second and a height of around six meters. “The flood is expected to last 48 hours more. The tip is scheduled for the afternoon of this Tuesday, so anticipation is key when making decisions, “said the first mayor of the Zaragoza capital.

Regarding parking, the City Council is expanding the parking space around the Estación del Norte, as well as in the Azucarera and on a site located between Marqués de la Cadena and Calle Más de las Matas. These locations have been temporarily arranged in case the water table affects private underground garages. In any case, the Town Hall continues to work to enable more plots if necessary.

Azcón, which has suspended its agenda for this Tuesday in Madrid, has wanted to send an alert and prevention message requesting “maximum prudence” to all citizens. “We ask people, no matter how spectacular it may seem to witness the flood, not to enter the marked areas or those areas that may entail any type of danger,” he said.

Ultimately, knowing that the forecasts of the Ebro Hydrographic Confederation (CHE) “change continuously”, he has emphasized that “tomorrow yes or yes things will happen in various places in the Aragonese capital”, which is why it is reinforcing the link with the agents of the Operational Support Unit (UAPO) and the firefighters to deal with any other incident apart from the Ebro flood itself.